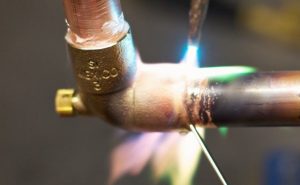 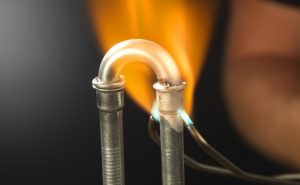 BPQTC certificate is a document confirming that a person who passed the performance qualification test/exam. This certificate, which is prepared according to “TS EN ISO 13585 (2012): Brazing – Qualification test of brazers and brazing operators” standard, includes test variables, test conditions, and approved performance specifications. 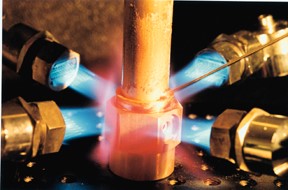 A BPQR report is a document showing that the brazed connection produced is suitable for welding method, material group, additional metal, consumables etc. according to the relevant standards, necessary destructive/non-destructive examinations/tests are performed, and the results are in the required competence.

After visual inspection, “metallographic examination” is applied according to “EN 12797 (2003): Brazing- Destructive tests of brazed joints” standard. Additional examinations / tests specified in EN 12797 (2003) and EN 12799 (2000) standards may be applied depending on the type of brazed connection produced and the service conditions. In cases where the additional examinations/tests specified here are also insufficient, other appropriate tests may be applied.

Inspection/test results are evaluated according to “EN ISO 18279 (2004): Brazing – Imperfections in brazed joints” standard. In this standard, guidelines and recommended incompatibility limits are given for the classification and quality levels of incompatibilities that may occur in brazed joints.

As TEKNOLAB®, in our accredited laboratories according to TS EN ISO / IEC 17025 standard, we provide destructive / non-destructive inspection and test services to brazer and brazing operator certification institutions and brazing procedure approval institutions.